My final entry in the film festival is the Telugu film Devi (1999, directed by ), which I watched in the Hindi dub as Goddess. I first watched this about a year ago, and again for the fesssstival, and I actually liked it a bit better the second time. 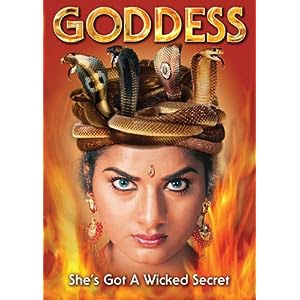 From the back cover of the dvd:


Spectacular special effects and sumptuous musical numbers will take your breath away in this Bollywood fantasy-thriller! A rich and handsome man falls in love with a charming, beautiful woman... but he doesn't realize that she is the snake goddess Devi in disguise. Devi must battle to protect her lover from the vicious, evil snake deity Dantra in this classic Hindu story brought to vibrant life. In Hindi with English subtitles

Hmm, I'm not entirely sure about the "classic Hindu story" part, but this story did align nicely with some other mythological films, in that the divine characters were there to help and protect the faithful human characters.

Our story begins with devout landowner Ranvir Singh and his daughter Sunita as they celebrate the snake festival. 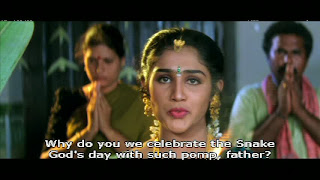 Complicating matters are Ranvir Singh's scheming in-laws and a longstanding friendship with a neighboring family that has turned into a bitter feud--clearly this is a Telugu film.

That evening, during the full moon and lunar eclipse, a giant supernatural snake spaceship/chariot emerges from the clouds, and a group of snakes slither out and begin singing (hissing) a song at the Shiva shrine. The snakes turn into maidens, and the lead maiden (she has the biggest, brightest snake headdress) is lured into the woods by a cute deer. The deer turns into a demon who traps the snake in a ring of fire, and the snake-ship leaves, E.T.-style. Ranvir Singh and his family arrive on the scene, and while saving the snake/Devi, Ranvir Singh is killed by the evil fire demon. 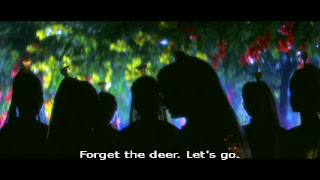 Cut to  handsome young Vijay winning a basketball game (in the continuum of filmi basketball games this was not too awful), then traveling with his comic sidekick friend via jeep to return to his hometown. 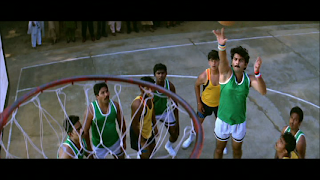 Along the way, they encounter a beautiful young woman, who shows up at Vijay's home, and convinces his grandmother that she's Vijay's jilted girlfriend. The grandmother agrees to shelter and hide her from Vijay's uptight, businessman brother Ranjit. When Ranjit does discover her, Devi (the beautiful girl/snake goddess) cooks up another story that she's fleeing Ranvir Singh's henchmen, playing into Ranjit's feud with Ranvir Singh (yes, Vijay and Ranjit are the other family in the feud.) 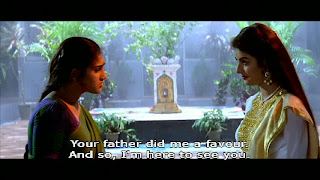 Devi changes into her snake form and sneaks into Sunita's house, and assures Sunita that the Goddess will help her.

Sunita goes to the snake mound with offerings, when Ranjit arrives and challenges her simple faith. Devi turns into snake form, dances to the devotional songs, and puts a tikka on Sunita's head. Ranjit is impressed (as was I), and his faith in the snake goddess and romantic interest in Sunita are peaked. 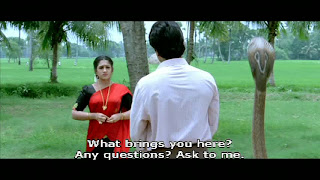 The romance continues, with several cute scenes when Sunita saves Ranjit from a cobra (Devi in disguise) and a head cold. Ranjit declares his love, and the engagement is almost derailed by Sunita's scheming relatives. Devi magically forces them to reveal their role as the instigators and promoters of the family feud, and the marriage proceeds.
Devi's father arrives via snakeship to take her home, but she tells him that she wants to take care of Sunita, and the Devi v. Demon second half of the film kicks in. 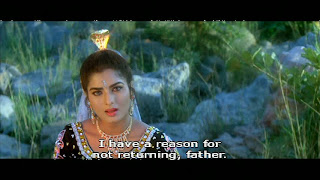 The second half is a series of nail-biting scenes in which the Demon tries to harm Sunita and Ranjit, and Devi tries to protect them. The demon tries to infiltrate the household as a creepy little kid, but is no match for Devi's glares.

Devi seeks the help of the temple goddesses,

who advise Devi to pray at Shakti's temple in the Himalayas while Sunita fasts for 9 days. Before she leaves, Devi drags Vijay (who has been wondering what is up with her) to a temple, and essentially tells him "marry me now!" 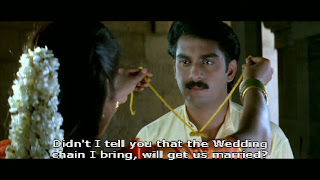 And then she's off for a showdown with the demon. Even when a lunar eclipse turns her back into a snake, Devi is still highly effective:
Having destroyed the Demon, will Devi give up her awesome giant snake form to live and love among the humans?

Like Nagamandala, I liked that this took a different tack than the vengeful snake goddess, and focused on the snake using his/her power to help people, and I thoroughly enjoyed all of the cute things the snake actors/snake stand-ins did, like putting tikkas on foreheads and participating in weddings.
Posted by dustdevil liz at 6:01 PM